Posted on 2 September, 2015 by wormsloos

Sunday 30 August – got to a very nice little (emphasis on little) camp at Metung. As planned, we went via Bruthen to play tourists as per map below:

The visit to Bruthen was nice and if you go there you have to try the Cornish Pasties from the bakery. They were our lunch and probably rate as the best we have ever had – no pics, they went too fast 🙂 but here are some from our Bruthen visit:

A nice narrow and traffic free back road on the way to Bruthen, just the way we like it 🙂

The centre “median strip” through the middle of Bruthen – a nice sense of space.

Remains of an RAAF Avon Sabre Jet that crashed close by in 1958. Read the plaque, next pic, for interesting story.

The story behind the RAAF Avon Sabre Jet that crashed nearby.

You would have to go here just to get the “bad service”, we didn’t but were tempted.

and of course the pics:

Entry to this quite small free camp, loo is at the back

Just enough room to turn around. All was good as we had no neighbours for both nights there. 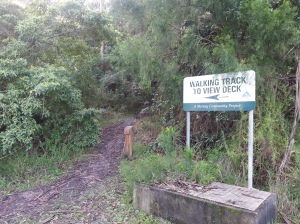 Walk to lookout from the camp area 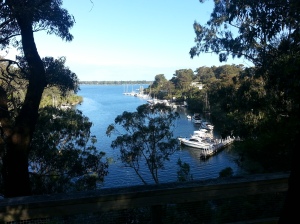 View of lake & boats just across road from the camp.

and then there was the video:

Metung used to have Hot Pools and they were closed in early 90’s due to EPA regulations.  The hot water resulted from bore water coming from a failed mine operation and a local who capitalised on the failure:

Monday 31 August. last day of Winter ,,,,,, yaaaaa!
Gerri went for a walk into the Metung town centre a nice boardwalk most of the way and Kym went for his usual ride to uncover some hidden treasures:

Early morning reflections on the Lake next to camp site 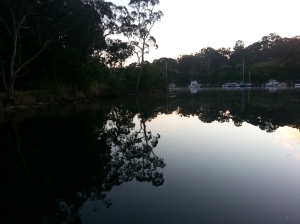 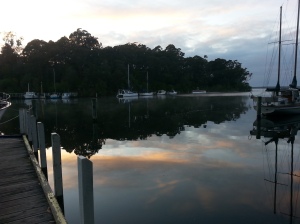 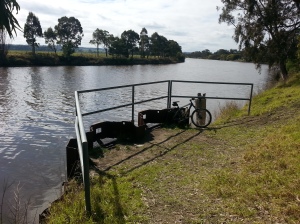 Interesting mooring on the Tambo River, seemingly no longer in use. There were a number of these along the 2km track that Kym followed. 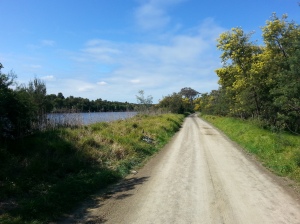 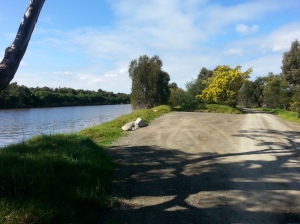 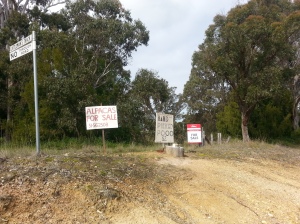 Poo ad on roadside. I won’t shake the person’s hand though 😉

Tomorrow, 1st of Spring, off to Genoa for our last few days.